For successful organizations, it is always important to remember and honor your history.  Given that many new PECG members have joined state service in recent years, now is a very good time to repeat the story of just how PECG came to be the “exclusive representative” of state engineers and related professionals – responsible for negotiating the Unit 9 MOU and providing a host of other important professional services to PECG members.

Back in 1963, the professional services PECG members 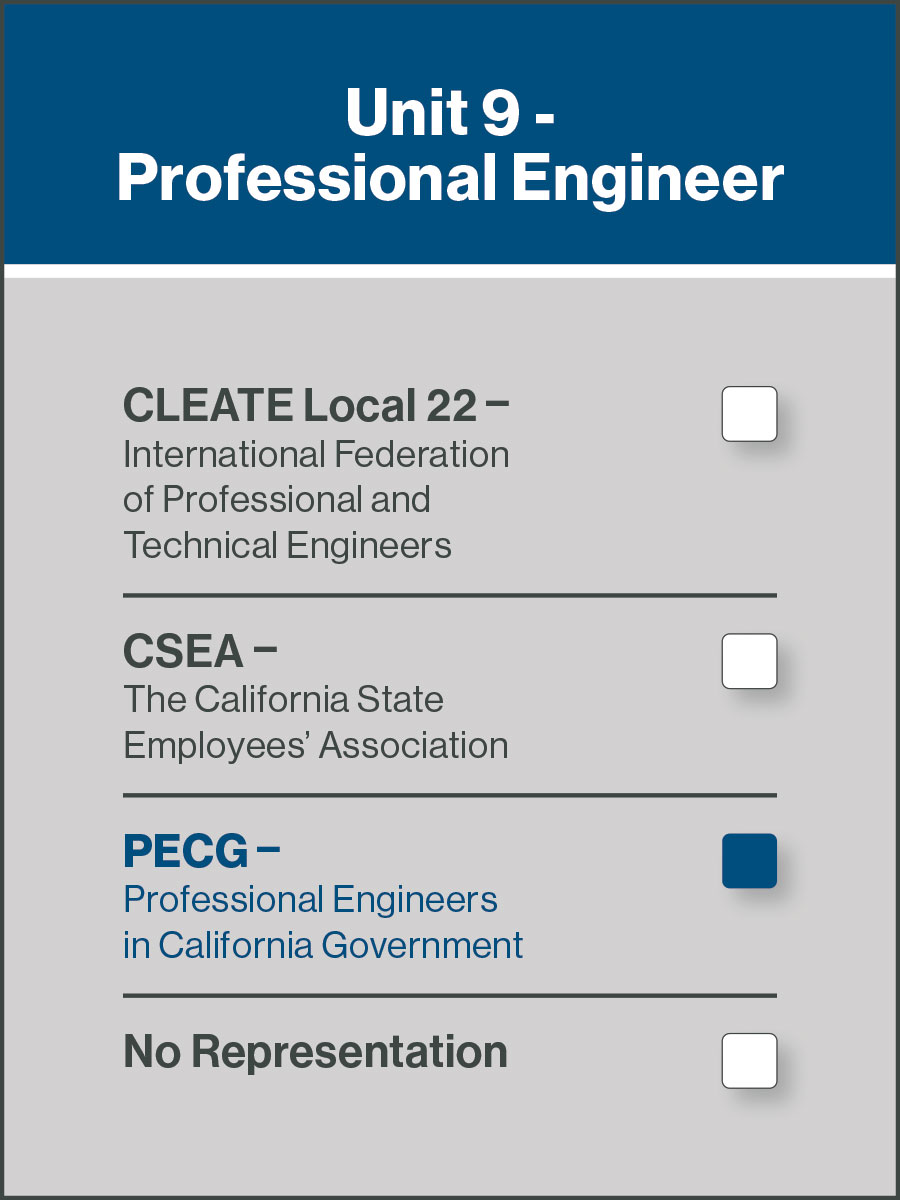 have come to rely on were a distant dream.  But that is the year when like-minded Division of Highways (later Caltrans) engineers met in the basement of the then District IV offices on Oak Street in San Francisco to launch PECG.  The right for California state employees to collectively bargain was still two decades away, but the engineers meeting in District IV that July 1963 were united around frustrations with the outsourcing of their work and lagging pay and benefits.  Those early PECG leaders knew then that they needed each other – that they would be stronger together.  In their declaration of PECG’s purpose adopted that July, they wrote that to accomplish their objectives “concerted collective effort” by a “formal organization is necessary.”

In 1964, Professional Engineers in California Government filed Articles of Incorporation that declared it would “promote the highest standard of professional engineering practice within the State of California by encouraging … policies to improve utilization, working conditions, adequate compensation, and professional development.”

For years, PECG remained a small, largely volunteer, organization with a strong dedication to protecting the interests of state engineers and related classifications, but without professional staff and no formal recognition from the employer, the State of California.  That would change in the years after then-Governor Jerry Brown signed the Ralph C. Dills Act in 1977.  The Dills Act provided rank and file state employees the right to collectively bargain for wages, hours, and terms and conditions of employment.

Litigation held up the implementation of the Dills Act for a number of years, but eventually the Public Employees Relations Board (PERB) grouped state employees with related professions, common skills, job duties, and educational requirements – called “communities of interest” – into 20 bargaining units.  After the bargaining units were established, PERB oversaw elections to allow the members of each bargaining unit to select the organization that would officially represent them at the bargaining table.  PERB had designated state engineers, engineering geologists, land surveyors, architects, landscape architects, and related professionals as Bargaining Unit 9. 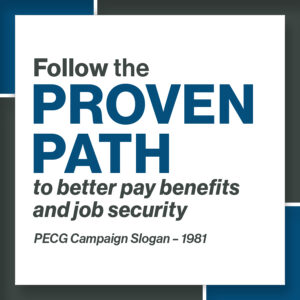 Given PECG’s long history fighting on behalf of engineers in state service, PECG leaders launched a campaign to represent Unit 9 in 1981.  Under the slogan “A Proven Path,” PECG’s leaders cited the organization’s experience as an independent organization that was formed by Unit 9 members to advocate for the pay, benefits, and jobs of Unit 9 members.  They also argued in the campaign that professional engineers were best served by an independent organization in which members, or leaders elected by the members, make decisions entirely dependent on what is best for the members – free from interference from larger organizations or conflicts from international labor unions.

Two other organizations also campaigned to represent Unit 9.  The California State Employees Association (CSEA) – which for decades had been the umbrella organization that spoke, or tried to speak, on behalf of all California state employees – urged Unit 9 members to vote for CSEA because there would be strength in numbers.  At the same time, CSEA was campaigning to represent multiple other newly created state bargaining units.

PECG’s history as an independent, member-run organization (without outside interference from other groups of employees or Washington, DC) was the perfect counter to the hollow promises offered by CSEA and CLEATE.  “Our majority is just Unit #9 employees; theirs is not,” PECG Rank and File Vice President Eric Thompson wrote in a memo to members shortly before the 1981 vote on representation.  “We have no conflict.”

That summer, Unit 9 employees overwhelmingly voted PECG as their exclusive representative.  PECG has rewarded that decision by delivering competitive pay, pension protection, the best health care benefits in state service, and job protection from outsourcing.  Not coincidentally, these are the very same issues that united PECG’s founders all those years ago.  Today, PECG is still guided by the same principles. Leaders elected by PECG members make decisions based only on the interests of 11,000 members.  PECG’s success, the success of all state engineers and related professionals, is entirely dependent on our collective effort.

To help advance PECG’s objectives and protect your own interests, please take the time and effort to encourage non-members to join PECG.  Achieving and maintaining a high level of membership is PECG’s source of power at the bargaining table, and provides the resources necessary to effectively advocate for our members in all venues – the Governor’s Administration, Legislature, courts, media, state agencies and departments, and CalPERS.  A high percentage of membership is, quite simply, the key to improving the pay, pensions, health care and job security of our members.

A high membership level also greatly increases the likelihood that we will have engaged leaders and members invested in PECG’s continued success.  As history has proven, we are stronger working together through collective effort.  PECG Delivers!